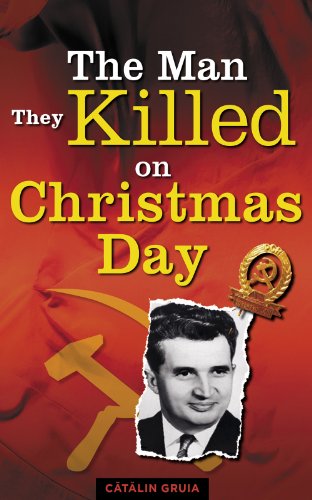 Essential CeausescuThe Life of Romanian Communist Dictator Nicolae Ceausescu: Road to Hell Paved with Good Intentions A black dog licks at a puddle of blood in which two old people lie, executed on Christmas day in the Targoviste garrison, Romania. Following a kangaroo trial, a special tribunal sentenced them to death by shooting in December 1989 for “serious crimes against the people of Romania.” He died instantly. The woman died a minute later, after the execution squad’s paratroop captain furiously emptied another round in her. Thus Nicolae and Elena Ceausescu’s five-decade journey together ended, after they started from the bottom, seized power, and grew old while ruling the country. Who Was That Man They Killed on Christmas Day Adulated for all of his 24 years in power, during which he came to personify Romania, Romanian communist dictator Nicolae Ceausescu – dethroned and replaced by some of his former barons – was turned into a scapegoat for all the evils done to Romanians. But the question remains: Between these two extremes, who was the real Nicolae Ceausescu ?During his regime, Ceausescu's image had been painted in sparkling white. Once he was killed – everything turned to pitch black. This documentary aims to paint a portrait in color, with all shades of grey included, combining the good and bad, the light and the dark extremes of the life of Nicolae Ceausescu (aka Ceaucescu). This book is a concise journalistic style account of Ceausescu’s life, following his path through: •A miserable childhood•A boyhood in prisons•A rising youth in the Romanian Communist Party•The honeymoon of his beginnings as the youngest ever political leader in Europe•Times of glory and seizing absolute power•The rough years of decline•A violent deathCeausescu 101 Dear reader – stop here for a second, please!You should know from the very beginning this is not an exhaustive, academic paper. Author Catalin Gruia is a veteran journalist who has written and reported for the Romanian edition of National Geographic for over 10 years. What you’ll find here is a concise journalistic account of Ceausescu’s life.* For behind the scenes information about Gruia's books -->https://www.facebook.com/ByCatalinGruia